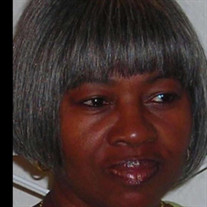 Dorothy Louise Zimmerman Lewis was born to the union of the late Mr. Henry Lee Zimmerman and Mrs. Vermell Jackson Zimmerman on August 19, 1951, in Timmonsville SC. She completed her race and went to take her rest on Thursday, October 28, 2021. Dorothy... View Obituary & Service Information

The family of Dorothy Lewis created this Life Tributes page to make it easy to share your memories.

Dorothy Louise Zimmerman Lewis was born to the union of the late...

Send flowers to the Lewis family.