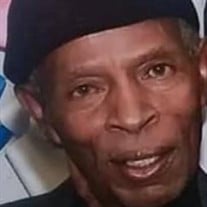 Henry R. Johnson, son of the late George Johnson, Sr. and Claretha Johnson, was born on April 27, 1951 in Florence County. He departed this life on Wednesday July 14, 2021, in Regency Hospital of Florence after an extended illness. He was... View Obituary & Service Information

The family of Henry Johnson created this Life Tributes page to make it easy to share your memories.

Send flowers to the Johnson family.