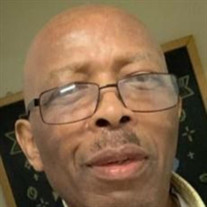 Robert Junius Price was born January 12 ,1941 in Darlington County SC and was reared in Timmonsville SC in Florence County where he attended Brockington High School. He departed this life on January 20th, 2021 at Downstate Hospital in Brooklyn New York. He was the fourth child of the late Thomas (Osbee) and the late Nancy Taylor Price. Robert was married to the late Gwendolyn Potts-Price and to this union one child was born, a daughter Roberta Price. Robert worked on several jobs before his last employment at New York City Housing Authority where he was the head of the maintenance department for twenty-five years before he retired. He joined Mt. Carmel Baptist Church in Timmonsville SC on January 20, 2010 and was baptized on that same day by the late Rev. Dr. Solomon Eaddy Sr in his niece Barbara D. Jones’ bathtub. Robert liked to be referred to as the baby brother in the family. He loved to say, “There are a lot of people in this world that don’t have joy in their life and some people are bitter” so he would buy candy and would give it to people so that they can become sweet. From the moment he gave his life to Christ he spoke to everyone who would listen about God’s goodness as well as share his testimony of how he survived a heart attack and whoever didn’t want to listen he would just move onto the next person even up until the day he departed this life he spoke of how we should all love one another. Robert had a true love for music and he loved to sing, his favorite song was “God’s been good to me” by the Pilgrim Jubilee Singers and he would make lists of songs and give them to people as well. He loved people and he especially loved his church family at Calvary Bible Church of Brooklyn New York. When he spoke just in case you didn’t hear him the first time he would always make sure to say, “You understand me” to make sure that you understood him and heard what he said. His Mother, Father, sister Jessie Mae Dukes, brother James “Sonny” Price, one niece, one nephew and three grand nephews preceded him in death. He leaves to cherish his memories: whom he loved so much, his daughter Roberta Price (future son in law Stanley Moore Sr); two grandsons Izanee Naquai Price and Izayah Elijah Price; his granddaughter whom he called “His little Angel” Imani Gwendolyn Price; a sister Maella Virginia Price Cooper; twelve nieces; six nephews; fifteen grandnieces; nine grandnephews; as well as a host of many cousins and friends.

Robert Junius Price was born January 12 ,1941 in Darlington County SC and was reared in Timmonsville SC in Florence County where he attended Brockington High School. He departed this life on January 20th, 2021 at Downstate Hospital in Brooklyn... View Obituary & Service Information

The family of Robert Price created this Life Tributes page to make it easy to share your memories.

Send flowers to the Price family.